← Lambs Among Wolves
What are you giving up for Lent? → 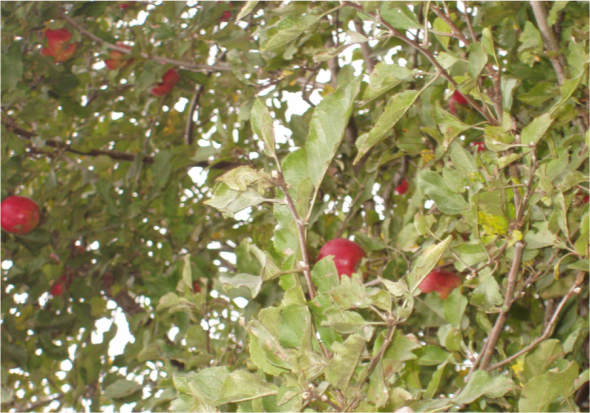 God gave me strength during some hard conversations.  Some close friends and family members were never super thrilled about me moving into this neighborhood.  They loved me and feared for my safety.  One close family member gave me a particularly hard time.  Finally, I asked him…”If God called me to go to Africa, China or Brazil to do His work, how would you feel?”  He quickly agreed that he would fully support it.  I respectfully shared with him, that God had called me to the mission field, it just happened to be an urban mission field.  I didn’t have to go half-way around the world, but could stay in my own Jerusalem and be about God’s work.  If he or anyone else had a problem with that, they needed to take it up with God…not with me.  I had to concern myself with obeying my heavenly Father first. No one ever said that following God meant it would be easy.  There were friends who refused to come to my house, or only came during the daytime.  But, that is why God called me (not them) to live here.  At times, being obedient means sacrificing.

I didn’t always see it as sacrificial….because it seemed sooo right.  I had a real peace about it.  But, I saw it as an opportunity to expose my circle of influence to something they might not have encountered otherwise.  My friends and family have grown to accept my choice and love my neighborhood and its residents.  They are willing to visit…day or night!  My neighborhood was really not THAT different from my previous neighborhood or theirs.  It just LOOKED different.

2006 had been a trying year in many ways.  I LOVED on these kids….day and night.  And their stories and their needs broke my heart.  There were many lonely times…where I felt like I was all alone in this…..and I was tired.  In retrospect, I was probably trying to do it all alone rather than seeking God’s will and help.  The needs of the community were so overwhelming.  I found myself only seeing the dealers, the prostitutes, the homelessness, the absentee fathers, the struggling single moms, the addicts, the guys hanging out on street corners doing a whole lot of nothing.  Trying to be a light in the darkness.  As a reminder…It’s interesting…in looking back, my journal wasn’t as full as it normally was.  Indicating to me now, that I probably wasn’t praying and listening to God as much as I should have.

In December of 2006, a group of us from church were meeting for lunch.  Rob, my pastor, had brought this group together to encourage us as Christians in workplaces throughout the city.  This is where I first got to know Don Coleman… Pastor Don.  I was sharing the story of my neighborhood, and work.  Don gave me a Word…Luke 10:1-7.

1After this the Lord appointed seventy-two others and sent them two by two ahead of him to every town and place where he was about to go. 2He told them, “The harvest is plentiful, but the workers are few. Ask the Lord of the harvest, therefore, to send out workers into his harvest field. 3Go! I am sending you out like lambs among wolves. 4Do not take a purse or bag or sandals; and do not greet anyone on the road.

5“When you enter a house, first say, ‘Peace to this house.’ 6If a man of peace is there, your peace will rest on him; if not, it will return to you. 7Stay in that house, eating and drinking whatever they give you, for the worker deserves his wages. Do not move around from house to house.

It had been a year, almost to the day, since Kevin (remember Kevin…the bone God tossed me when I prayed for my future husband?) had come into my life.  I had not talked with Kevin but once or twice since that day.  But, I had meditated on Deuteronomy 8 many times.  Now, Don gives me Luke.  Being a quick study, I knew to take this seriously.  After meditating on this Word for weeks, reading it over-and-over again, by mid January, 2007, I felt sure of its intent for me.

–      God was reminding me that he still hadn’t forgotten about me and my singleness, that he had the other ½ of my pair out there somewhere, and we would be in ministry together.  God had sent me (and some day my other ½) to SBH in preparation for Jesus ‘showing up’.  I needed NOT to pray for my future husband….but to pray for the other half of my pair….my partner in the ministry.  If it happened to be my husband…Lord, THAT would be the icing on the cake!

–      I was right where I was supposed to be…at work and at home.  The harvest was plentiful…and the laborers were few.  I had been called to ‘be Jesus’ to people in my life.

–      My house…was a ‘House of Peace’.  Confirming that it was God’s house…not mine and that I was not to ‘force’ my Peace on anyone.

I was about to find out that there was more in that Word than I thought…..